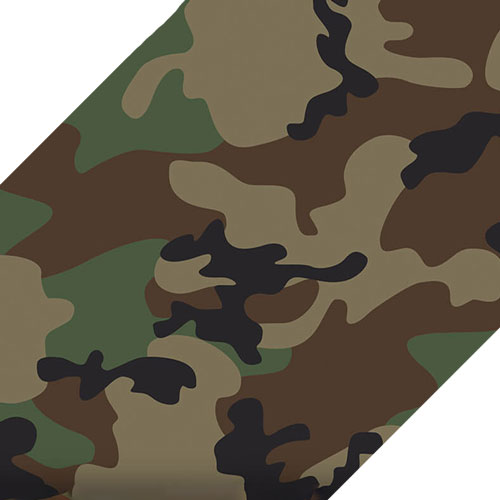 The woodland pattern is a camouflage pattern that was used as the default camouflage pattern issued to the United States Armed Forces from 1981, with the issue of the Battle Dress Uniform, until its replacement in the mid 2000s. It is a four color, high contrast disruptive pattern with irregular markings in sand, brown, green and black. It is also known unofficially by its colloquial moniker of “M81”, though this term was not officially used by the U.S. military.

The U.S. Navy retains the Woodland Pattern for specific units and organizations, such as the U.S. Navy SEALs and SWCC, who are currently the primary U.S. users of this uniform.

The Woodland Pattern BDU was phased out by the Marine Corps in 2002, although it was reintroduced for the United States Marine Corps Forces Special Operations Command in 2011 and was also worn by MARSOC forces in the War in Afghanistan.

Several state defense forces use the Woodland Pattern on their BDUs. The pattern also sees use among police departments as well.